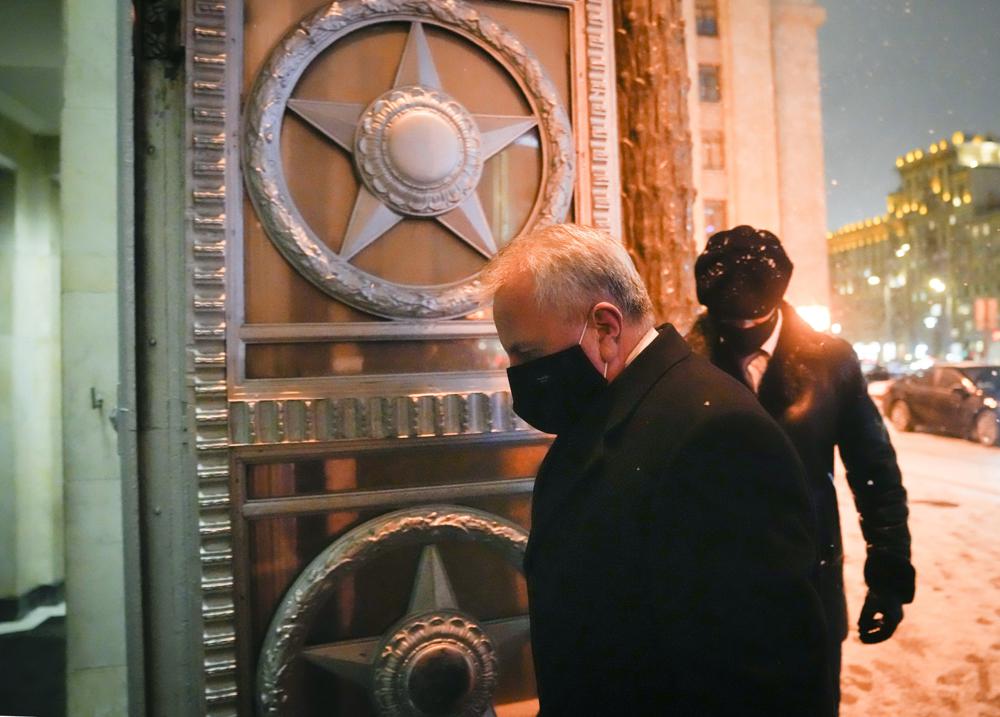 WASHINGTON (AP) — The Biden administration and NATO told Russia on Wednesday there will be no U.S. or NATO concessions on Moscow’s main demands to resolve the crisis over Ukraine.

In separate written responses delivered to the Russians, the U.S. and NATO held firm to the alliance’s open-door policy for membership, rejected a demand to permanently ban Ukraine from joining, and said allied deployments of troops and military equipment in Eastern Europe are nonnegotiable.

“There is no change, there will be no change,” Secretary of State Antony Blinken said. Also not up for negotiation will be the U.S. and European response to any Russian invasion of Ukraine, he said, repeating the mantra that any such incursion would be met with massive consequences and severe economic costs.

The responses were not unexpected and mirrored what senior U.S. and NATO officials have been saying for weeks. Nonetheless, they and the eventual Russian reaction to them could determine whether Europe will again be plunged into war.

There was no immediate response from Russia but Russian officials have warned that Moscow would quickly take “retaliatory measures” if the U.S. and its allies reject its demands.

Seeking possible off-ramps that would allow Russia to withdraw the estimated 100,000 troops it has deployed near Ukraine’s border without appearing to have lost a battle of wills, the U.S. response did outline areas in which some of Russia’s concerns might be addressed, provided it de-escalates tensions with Ukraine.

Speaking to reporters in Washington, Blinken said Russia would not be surprised by the contents of the several-page American document that U.S. Ambassador to Russia John Sullivan delivered Wednesday to the Russian Foreign Ministry.

“All told it sets out a serious diplomatic path forward. should Russia choose it,” he said. “The document we’ve delivered includes concerns of the United States and our allies and partners about Russia’s actions that undermine security, a principled and pragmatic evaluation of the concerns that Russia has raised, and our own proposals for areas where we may be able to find common ground.”

Blinken said he hoped to speak with Russian Foreign Minister Sergey Lavrov about the response in the coming days. But he stressed the decision about pursuing diplomacy or conflict rests with Russia and, more specifically, with Russian President Vladimir Putin.

“We’ll see how they respond,” he said. “But there’s no doubt in my mind that if Russia were to approach this seriously and in a spirit of reciprocity with a determination to enhance collective security for all of us, there are very positive things in this in this document that could be pursued. We can’t make that decision for President Putin.”

Shortly after Blinken spoke, NATO Secretary-General Jens Stoltenberg said in Brussels that the alliance had sent a separate reply to Russia with an offer to improve communications, examine ways to avoid military incidents or accidents, and discuss arms control. But, like Blinken, he rejected any attempt to halt membership.

“We cannot and will not compromise on the principles on which the security of our alliance, and security in Europe and North America rest,” Stoltenberg said. “This is about respecting nations and their right to choose their own path.”

“Russia should refrain from coercive force posturing, aggressive rhetoric and malign activities directed against allies and other nations. Russia should also withdraw its forces from Ukraine, Georgia and Moldova, where they are deployed without these countries’ consent,” he said.

While flatly refusing to consider any changes to NATO’s open-door policy, its relationship with non-ally Ukraine, or allied troop and military deployments in Eastern Europe, Blinken said the U.S. is open to other ideas to ease Russia’s stated concerns.

Germany to buy up to 35 Lockheed F-35 fighter jets

​​Why the World’s Militaries Are Embracing 5G